It's time to meet the next group of Big Brother houseguests who have signed up for a summer of paranoia.
CBS on Monday unveiled the 16 cast members who will compete on Season 21, including a Broadway dancer, a college soccer star and — most intriguing of all — a "wine safari guide."
This summer's houseguests are also quite young: With the exception of petroleum engineer Cliff Fogg III, who is 53 years old, the entire cast is comprised of 20- and 30-somethings. (That includes model Jessica Milagros, whose age is described as "30-ish.")
The three youngest contestants — college student Ovi Kabir, public health analyst Isabella Wang and the aforementioned Analyse — clock in at just 22 years old.

Big Brother 21, premiering Tuesday, June 25 on CBS, will feature a house designed with a summer camp theme, plus "an unexpected twist" that will force the Houseguests to "rethink how they play the game."
BIG BROTHER returns this summer with exciting interactive and cross-platform programming for fans to enjoy throughout the series' 21st season. This season's programming includes the return of the popular 24/7 BIG BROTHER Live Feeds on the CBS All Access subscription service. Across CBS' digital platforms, fans can expect exclusive digital content with evicted Houseguests, including interviews, never-before-seen clips and more.
CBS' summer reality hit debuts with a two-night premiere event Tuesday, June 25 and Wednesday, June 26 (8:00-9:00 PM, ET/PT) on the CBS Television Network. BIG BROTHER AFTER DARK premieres on Pop Wednesday, June 26.
Details of the social, interactive and multiplatform features this season include:


And oh look, it's a YAY & Yawn of June. Let's see who's showering us with a blessing and who just got a thunderstorm of tears. Rain it down!!!!!

The yay: ABC's Sunday Fun & Games lineup. Sure you got your basic 3 but they've added Wednesday night's 2 returnees for a big summer of game shows.

The Yawn: Confetti. According to a  source, this week will be their last week on Confetti for a while. No word on when they will return at the moment.

After this commercial word, What's the first thing you meet at Love Island? See why for yourself when Game Show Live returns.

Madison: Some members of our viewing audience will receive..

a $100 gift voucher from the Playbill.com collector's corner. You'll get this T-shirt..... 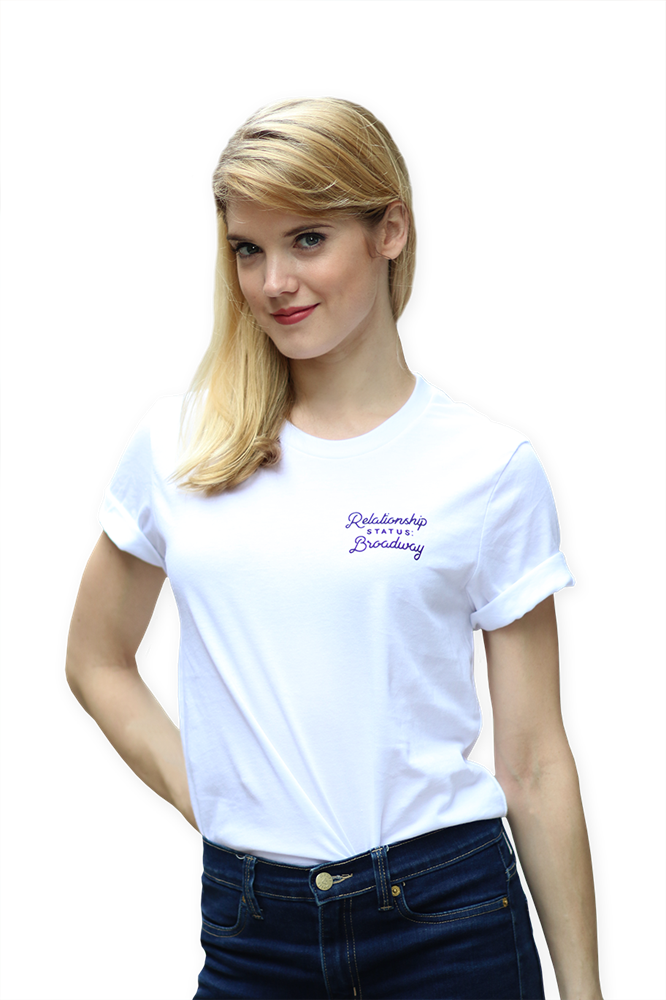 Enough to fool your friends....or wow them on facebook. Or maybe this..... 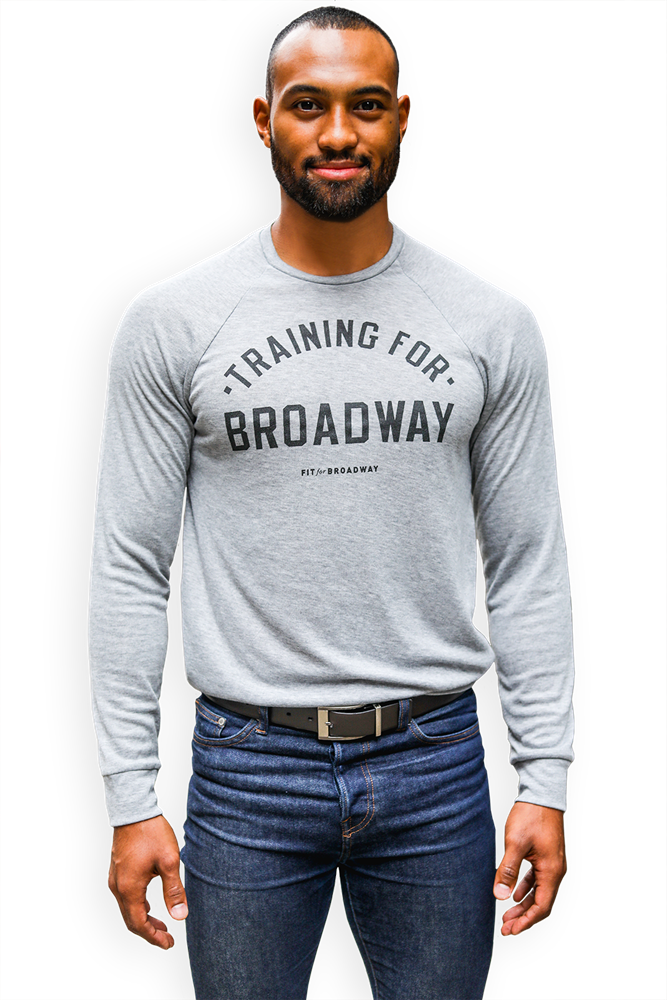 That can get your prepared for a shot at the great white way. Now back to a man classically trained in USA network reruns every afternoon in summertime, Pierre Kelly!


Me: Thank you Madi and welcome back. Here's a new feature called:


Your recommendation for today is.....

What Skywalking Through Neverland did to Richard and Sarah Woloski is what did podcast does to husband & Wife newscasters Jace & Holly Barraclough. They'll challenge you on what the Disney Parks is doing and also bring you the latest in the world of the mouse ears. Go check them out at this link:

Rate & Review and tell them Game Show Live! sent you.

Arielle Vandenberg is playing matchmaker this summer.
The actress/comedian has been set as the host of CBS' "Love Island." She will preside over the dating show, a U.S. version of the British reality dating sensation, which debuts with a special 90-minute premiere on July 9 and continues with one-hour episodes every weeknight until August 7.
Per CBS, "Love Island" begins as a group of single "Islanders" come together in a stunning villa in Fiji, ready to embark on a summer of love, friendships and ultimately, relationships. Every few days the Islanders must couple-up – those who fail to find a partner to couple-up with risk being dumped from the island. Islanders are on the lookout for romance, but the road to love doesn't always run smoothly. Challenges abound with new Islander arrivals and dramatic twists as friendships and relationships form. In addition to choosing their partners wisely, Islanders must also win the hearts of viewers, who have the opportunity to shape events on screen and ultimately crown one lucky couple the winner who will then have the chance to walk away with both love and the cash prize.
The cast of Islanders will be announced shortly, according to the network.


BBC Three has revealed that an all-new game show – which will see contestants face the "ultimate physical and psychological test" – is arriving on the internet television service later this year.
Entitled Hush Money and made by All3Media's Maverick Television, the series offers groups of friends the chance to win up to £5,000 as they take on a series of challenges that will all feature increasingly intense "shocks, surprises and scares".
Each challenge is designed to generate a new type of reaction from the teammates – whether that's a shriek of terror or a yelp of joy – but the pals must progress through the four individual chambers and endure the shocks as best they can, because each time a member of the team screams, the prize money drops. The amount taken away from the kitty depends on how much noise they make, giving the phrase 'keep calm and carry on' a whole new meaning.

Let's speak up for a Gamestop game Break. Solve this video game by its screenshot.


You may have a lot of time to think after this Google Play music interlude from Lauren Byrd. We took our cameras to the Stuhm Bl'ahn inn's Dragon's Den.....which is a dancefloor so small and they have a Ms. Pac-Man game.......anyway.....she's here to do a song not associated with The Walls Group....but with Toy Story.


Don't they remind you of those Scubbin Bubbles commercials?


I was supposed to go to the haunted hallway, but I'm too scared to do it. So let's do a shout out to end the show.


https://youtu.be/oAL2CfqskLsSo I would like to give a shout out to........Gertie & Dolly. GERTIE and DOLLY, written and produced by Colleen Elizabeth Miller and Carolyn Vasko, is a fish out of water story about two curious, 1940’s actresses who are spontaneously time-warped to modern day Hollywood. Colleen and Carolyn began writing the story as a webseries, but it has grown in something much more spectacular. Now having finished post-production on the pilot episode of GERTIE and DOLLY, their hopes are high for this comedy series future.


Here's hoping Netflix, Hulu, Amazon and any other TV streaming app......that goes for you Vudu.......gets the full order. In the meantime, hit up Insta.....

You'll see vintage photos of what life was. Also, hit up Facebook.....


And make this experience come to life. Also.....I've thrown this in for good measure.....

And with that, it's over, today's consolation prize......Wait, wait? They want me in? Alright fine. I'll just use a mask for safekeeping.


Free 4 all. Hosted by game show veteran Mark L. Walberg, the concept was this: Anybody could ring in if you know the answer. Since the number 4 was considerate in the program, there were 4 categories. However, the teams were 3 instead of the usual 4. Each category picked after a toss up whether right or wrong was replaced. Round 2 worked exactly the same. This time all questions were tossups. By round 3, it was a speed round that consisted of just one category to determine a winner. The winning team went on to take a chance at the grand prize of..........................$1000. Or in this case, $333.33. Swell. Every answer was worth $100. or $33.33. Again, swell. But the prize of a trip somewhere on the west coast was also common in few episodes. Also, mark tried the announcing chair because Stone-Stanley Productions (now STone & Company) couldn't find an announcer anywhere. Look at Ron Maestri on Quicksliver. It did better than the show right after it and extended it to 1995. Free 4 all was out of herre after 95 shows. Just goes to show you that straight up team trivia on a cable show is so cheap.

What's with that laughing? Was that somebody watching a sitcom in the file room? I don't know.

Wait, it's a Witch....(shrieks and run back out to the desk)

I'll never go back to that Haunted Hallway again.

https://youtu.be/crFOgpbTE5kThat's it for this week. Today's consolation prize is a Chucky Doll that won't scare you. Go ahead. Play with It. We won't scare you all.


Don't forget to email me at kellypierre8@gmail.com, coppockonsports@yahoo.com, Pierre Jason Kelly on FB and @Johnny_Arcade on twitter. Also I'm on Snapchat as MisterGSN and Instagram as Mister_WCW. We will return next Wednesday, and until we return, Play on playas.
Labels: Tellymime