Me: Thank you Madi2theMax, welcome to Livewire! If you think Deja Vu is another word for dream, think again. Deja Reve is actually French for "Already Dreamt." something I learned playing Swag IQ. So stop dreaming, wake up into reality and......let's......get wired!

LE RIDE follows the story of the first English speaking team to ride in the toughest sporting event on earth, The Tour de France. In 1928 a small under-resourced, untested team from New Zealand and Australia lined up in Paris next to Europe's best riders. 168 riders started only 41 finished!
Phil Keoghan has literally brought this remarkable underdog story back to life, riding an original 1928 steel bicycle with no gears, retracing the exact route and sticking to the same schedule. It was an average of 150 miles a day, completely circumnavigating France for a total of 3,338 miles in just 26 days, including the 'Death Stage' which took Phil almost 24 hours to complete.
" ... it's the most brutal challenge I've ever faced, insane distances over the world's toughest mountains, but this is a story I really felt I had to bring back to life" said Phil Keoghan. "Many experts considered the Australasian team to be a complete joke. More riders failed to finish the 1928 tour than any other in history. This was a HELL ON WHEELS race of attrition that was designed to eliminate as many riders as possible, most of the roads were unpaved; the course was almost twice as long as today's Tour de France and the bikes weighed twice as much as a modern racing bike."

Turning over a Blind Eye
Lucy Kennedy wouldn't take up the job as presenter of Blind Date if she was asked again.
The Ireland's Got Talent host told the Herald she wouldn't be interested in the position if the dating show was rebooted by TV3, and claimed she turned it down initially because she preferred the format of Ireland's Got Talent.
Lucy had been tipped to host the Irish version of Cilla Black's famous matchmaking game show, but the role eventually went to Al Porter.
The show was then axed in the wake of allegations of inappropriate behaviour made against Porter.

At least the Primetime Emmys were good.....

The drama behind the scenes of the Daytime Emmys is getting as juicy as the soaps they honor.
At least three top daytime veterans on Monday called for a boycott of the event after the National Academy of Television Arts and Sciences’ recent decision to revoke the awards of two actresses over submissions errors, while allowing a male actor who committed a similar infraction to keep his.
Emmy-nominated producer Michael Caruso, Emmy-winning director and producer Sonia Blangiardo and Emmy-winning actress and producer Crystal Chappell told TheWrap that they “are not willing to participate in future Emmy competitions” until NATAS agrees to an outside audit of all submission reels in the digital series category and clears up the underlying issues about submissions.
A spokesman for NATAS denied that there was any double standard and rejected a call for an audit. “All individuals were subject to the same standards regarding each rule,” the organization said in a statement. NATAS had no comment on the calls for a boycott.
The question of what exactly constitutes an episode is at the center of what has become a heated debate in the digital series world.

How I stopped Faking dates

Bob Guiney is now a proud papa.
Bob and his wife Jessica Canyon have announced they are expecting their first child together, a baby boy.
"We are both so excited," Bob, 47, told Us Weekly. "I feel so lucky."
Bob said Jessica is 12 weeks along in her pregnancy and the baby is due in 2019.
Read more at https://www.realitytvworld.com/news/the-bachelor-star-bob-guiney-expecting-first-child-with-wife-jessica-canyon-24139.php#zRrp0jt2bmwppY4s.99

https://www.youtube.com/watch?v=CpU5640iE5k
So Impressed! with Madi2TheMax. We stuffed our Game Show Live mailroom with so many requests asking you to hear her do more Pun-Pressions......and here they come!

If you’re the type of person who watches game shows and screams out the answers as soon as you think you know them—and really, who isn’t?—then have we got a Twitter account for you. Wheel Of Fortune Answers (@wofanswers) is a relatively new parody account that fills in the blanks on Wheel Of Fortune puzzles with such confidence you almost don’t notice that they’re all 100 percent wrong.
For Instance....

And my personal favorite....

#60SecondDanceScoop NBC came through with its promise 🙌🏻 #WorldofDance #ToThePointe
A post shared by Kristyn Burtt (@thekristynburtt) on Jun 17, 2018 at 3:01pm PDT


Thanks K, back to the news.


Joe Moore and Pat Sajak met during the Vietnam War when they were broadcasters on Armed Forces Radio in Saigon. The friendship that started in wartime Vietnam grew through the years that followed as they enjoyed success in their chosen professions — Moore as Hawaii’s highest-rated television newscaster, Sajak as the genial host of “Wheel of Fortune,” one of America’s most popular television game shows.
That friendship will bring Sajak back to Hawaii this month when he joins Moore on the stage of Hawaii Theatre for a fundraiser production of “Dial M For Murder.” The show opens Thurday. All proceeds go towards the cost of maintaining the historic 96-year old landmark.
Moore stars as Tony Wendice, an English tennis pro now retired, who discovers that his wife, Margot Wendice, has been cheating on him with an American television writer, Max Halliday. Tony puts a plan in motion to have Morgot killed under circumstances that will make it look like a burglary gone wrong, but — Spoiler Alert! Spoiler Alert! Spoiler Alert! — things don’t go as planned.

And now for your rant of the day by my Trivia App Water Cooler charter member, Matt Ottinger on the host of America Says.

John Michael Higgins is the character actor that you hire when your situation comedy does a game show episode.  He's your go-to guy when you want someone to play an insincere empty suit.  He's probably a decent guy to get all the work he has, and he might be just fine at this, but the clips just have an unreal quality to me because I expect him to be in character.


That's all for now, but remember one thing: Do the Writers of Wheel of fortune blame themselves for missed solves by contestants?

So until next time and all the time....play on playas. 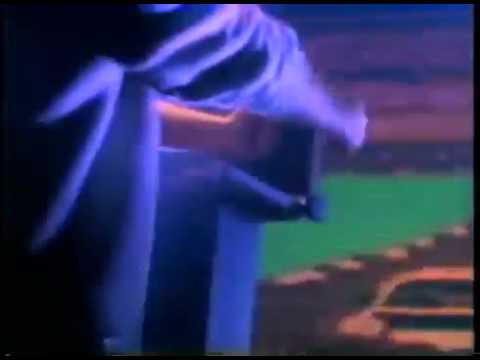